It was 11:59 pm. A few hours earlier, I laid on my bed to get some sleep, but sleep eluded me. I had a lot on my mind – so much that I fought hard to hold back the hot tears beginning to form in my eyes. Then suddenly, I burst into loud, uncontrollable tears, waking my husband up; he was sleeping soundly beside me. Do you remember that scene from the horror movie you shouldn’t be watching at midnight?? Yes, exactly the one you pictured – that’s what I was trying to replicate 🤣🤣 For the suspenseful music effect, I screamed, “I am tired of everything. I want to end it all!”. I think I nailed the act because the poor man was aghast. He could have jumped out of his skin! 🤣🤣🤣🤣 Ok, I’m exaggerating 😂😂, but I was in pretty bad shape that day.

That evening, we had a lovely family dinner where we talked about our day: the successes, failures and everything in between. After that, we said our usual prayers and went to bed. Everything seemed fine, and I appeared to have my act together, but that wasn’t exactly the case. You know that feeling when you want to poop, and you’re trying to suppress it? It gets to a time when you can longer back; you just want to let it out. That’s exactly how I felt. I was at a critical point in my PhD programme: I worked hard to get things done, but the harder I worked, the more convoluted things became. I was also juggling the realities of being a first-time mum (the early phases of motherhood could be especially tough). I tried to balance both adventures gracefully, but it appeared I had reached my breaking point.

People often talk about the good times, making these low moments seem nonexistent – which is a facade. I want you to know that such valley moments would arise – very many times. In this case I described, I had a reinforced appreciation of the importance of having the right support system. Hubby held me tightly and allowed me to express myself freely – and I cried my eyes out. I needed to let out those emotions. The warmth of his embrace was reassuring. Even though he didn’t utter any words, I knew he silently prayed for me.

After I had calmed down, we spoke about how I felt, held hands and prayed together. You know that feeling you get when you drink a chilled bottle of Coke on a very hot day? It felt wayyy better than that. I felt so much peace.

Phew! It was an experience. If I were to summarise the lessons learnt during the last lap into three, it would be:

One of my mentors told me at the start of my PhD programme that a PhD would cause “Permanent head Damage.” I never understood what he meant until I went through the process. In retrospect, I think he was right in some way. However, I don’t think ‘damage’ is an appropriate word choice, as it has a negative connotation. I’d rather say, a PhD programme takes you through a tumultuous journey of self-discovery, hyper-learning and impact that transforms your life forever.

I wrote this piece just in case anyone finds themselves in a similar situation (whether in the PhD journey or life). I want you to know that there’s always light at the end of the tunnel, and you will get through the storm if you persist. The night may be dark, but remember that it is always darkest before dawn. The morning will be bright.

PS: This is the final part of a 4-part series. Read the other parts here: 1, 2, and 3. Also, read about everything you should know about a PhD in Africa and my whole PhD experience. 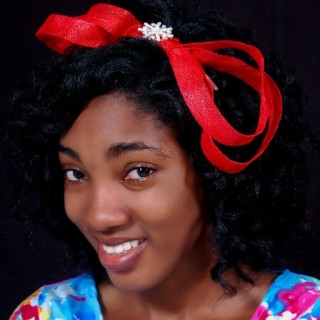